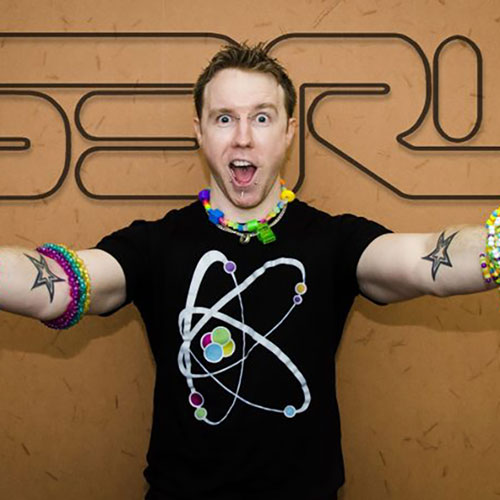 DJ S3RL from Brisbane, Australia, has been writing and producing his own tracks since 1999. After discovering the original PlayStation’s game ‘Music 2000’ he taught himself how to write music and then eventually upgraded to a PC, starting learning to use 'Reason' to produce and hasn't looked back. But before all of that, and most importantly, he was part of the rave scene as a raver letting loose on the dance floor and going to every event he could. Still today S3RL stays close to his rave heritage which shines through in his music and performances.

S3RL scored his first break at the end of 2005 when hardcore legends Kevin Energy and Sharkey came down under. S3RL showed them his musical skills with a demo CD and it was only weeks later that contracts were being signed to join Kevin Energy’s infamous label The Nu Energy Collective (NEC). Releasing his first track 'Transformers' to vinyl made S3RL the first DJ in Queensland to be signed to a major, international hardcore label and not long after he was already mixing it up with names such as Hixxy, Gammer, Breeze, Styles, Scott Brown to name a few.

In the following years S3RL released a multitude of tracks to major hardcore labels such as the ‘NEC’, 'Executive Records’, ‘Australia With Force’ and has since started his own label 'Emfa Music'. His music has been featured on countless compilations and mixes, all this while show casing his talent live to a worldwide audience all around the world.

With literally hundreds of tracks to his name including hits like 'Pretty Rave Girl' - the smash hit that truly broke him the into the scene - following that up with the harder sounding 'Dealer' - showing his spectrum of styles, and more recently ‘Pika Girl’ which has had millions of views all over YouTube. Also working with numerous bands from around the world, S3RL has been busy doing re-mixes and collaborations with bands and other music groups. The most notable being his work with US band 'The Medic Droid' with his remix of their track 'Fer Sure' which also went on to become a worldwide hit.

Known for his intense stage presence and floor filling musical abilities, be sure to watch out for S3RL as he mixes up a storm and continues to keep the crowd jumping with all his future productions.