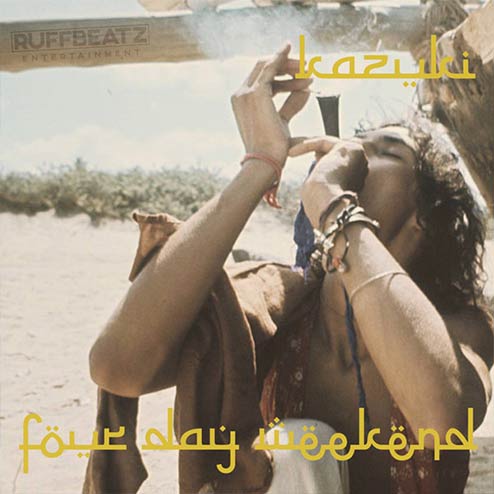 Kazuki’s second album Four Day Weekend is a homage to the temporary space of sound, lights, and interaction that can only be found at an outdoor music festival. A year in the making, the album is a unique blend of techno, breakbeats, trance, and acid rave sounds with a familiar psychedelic edge, referencing classic sounds of the future. Launched at Dragon Dreaming Festival in Australia with a special sunrise DJ set, Kazuki included cuts from the record as well as tunes that have influenced and inspired him in the making of the release. From Kazuki:

“I really wanted to create something that would be listened to as a full album. When writing this, I was listening to a lot of early 90s to early 2000s sounds, when artists such as Orbital and Underworld used to create tracks that weren’t a specific genre, but were just electronic music and had all those elements of techno, acid, or breaks, all with that rave sound. In many ways, Four Day Weekend is a sonic experiment, which allowed me to pursue different ideas without the restrictions of creating a psytrance EP or whatever. I reckon a few of these tunes will be harder to weave into a typical DJ set I play, but that’s all part of the challenge!”

We hope you enjoy these tasty audio morsels!

FLAC downloads on Ektoplazm or MP3/WAV via download buttons on the right.