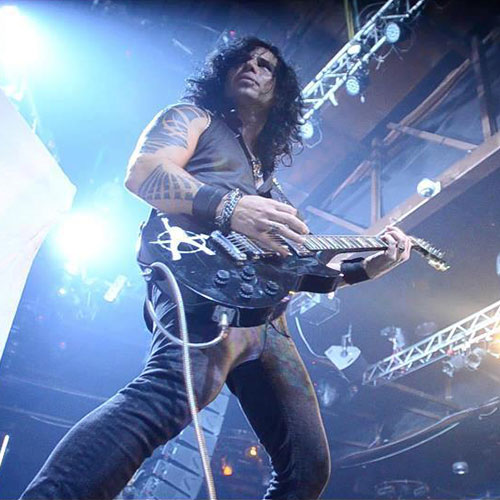 famous for his unique style which combines hard rock influences, live instruments with electro trance music. Skazi plays live guitar in his shows and he’s very communicative and connected to his audience.

skazi used to bring his live orchestra in order to give his crowd a supreme experience. (www.youtube.com/watch?v=PIL2ttBqTsM)

since the era of the “superstar Dj” began Skazi’s performance evolved into a one man show playing manly his hits and original music.

Skazi began his musical career as a young punk rocker, he formed a local band with three friends and they began performing around Israel enjoying some success in the Israeli punk scene. later Asher became extremely fascinated with a new style of music, which was in its very early formation, what we know today as electronic music. asher experimented with his riffs and beats, writing and producing what became his first album “ANIMAL” who made him an overnight world success . forming a new genre known as psy-trance.

since “Animal” Skazi released number of albums that have become a hit instantaneously, such as “Storm”, “Zoo”1,2,3, “Total Anarchy”, “my way”. some of his biggest hits include :” Hit and run”, “I wish” , “Satisfaction" remix for Benny Benassi and more.

In addition to huge success in music Skazi starred in several television shows (including his own late night show as a host) and campaigns for global brands such as “lee cooper”jeans:( www.leecooper.com/en/makers/skazi-asher) and the american MYTH LAB headphones.

skazi achieved major goals around the world for the duration of a long career and he feels it is the right time for his next summit: the U.S.

Skazi’s production and writing capabilities grant him the flexibility to create a verity of styles, and he is working on a unique sound for his coming album.