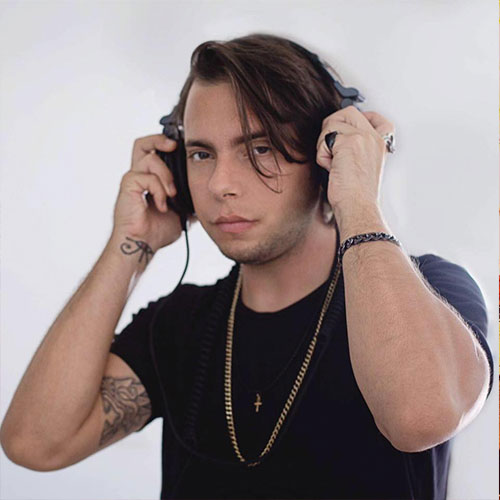 THORUS AKA Manuel Olmos was born in 1990 in Mexico City, at the age of 14 he first discovered Psychedelic Trance; causing him to become more interested in the sound and history of psy; that led to fall in love with psytrance and began to produce music.He has created his own style, making them all go crazy and do not stop dancing to the sounds acids, electric and serious basslines, musical genre changes, changes in bpms, mind games ,dark atmospheres, feeling moments and dark melodies. He participated in several comp currently released their EP "NEW BEGINNING" that promises to take wing lunacy without losing the power of psychedelic trance. .He participated in several parties with recognized artists such as:absolum,black & white,X-noize,Biogenesis,ultravoice,technodrome,outer signal,orca,tube,Sidhartha,domateck,faders,star-x,brain hunters,lamat,tron,attik,system sequence,x-avenger,antigravity,speed ball,chronos,knock out,E.S.D,radio.phobic,alvanti,avizz,dirty beat,etc